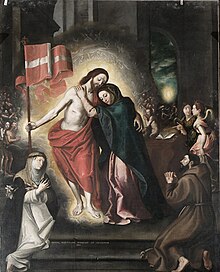 I’ve read Islamic tradition revealing that Mohammad, exactly like Moses, Abraham, and Jesus, was wont to go to a mountain. While there they would contemplate life and its meaning. This was not recreation, this was not “getting away from the crowds.” This was contemplation, a necessary element of the mystic traditions. And not just Christian mystics. All mysticism.

Let’s look at why just a little before we go any further:

“It is requisite for the good of the human community that there should be persons who devote themselves to the life of contemplation” – St. Thomas Aquinas.

St. Thomas Aquinas’s disciple, Peter Pieper wrote: “For it is contemplation which preserves in the midst of human society the truth which is at one and the same time useless and the yardstick of every possible use; so it is also contemplation which keeps the true end in sight, gives meaning to every practical act of life.”

Even Plato knew that a person could, through contemplation, ascend to the “form of God.”

In Christianity, contemplation refers to a content-free mind directed towards the awareness of God as a living reality. Think for a minute about that. A content-free mind. We’ll need to come back to that.

You should note that in Christian mysticism mystical teachings specifically, you have contemplative prayer (contemplation), which is a form of prayer distinct from vocal prayer as well as meditation.

You could call this a form of mystical union with God.

That sounds kind of heavy so let’s revert to exactly what it is we are talking about.

1. The act or state of contemplation.

3. Meditation on spiritual matters, especially as a form of devotion.

4. Intention or expectation (for example contemplation of an expected change.)

I have found four actual stages (or degrees) of contemplation depending on intention and experience of the person.

1. Incomplete mystical union, or what you would call quiet prayer. Don’t misunderstand me. There is not a thing wrong with this. This is the normal state of fairly religious people, especially if they are taught that deeper states are “dangerous” and the mortals must allow their local masters to understand spiritual matters and tell the people what they think the people need to know.

2. The full, or what you might call a semi-ecstatic state. This is what St. Teresa sometimes called the “prayer of union.” This may be done by acts of praise and thanksgiving, but it is principally an act of prayer.

3. Ecstatic Union, or ecstasy. Supernatural ecstasy would be what you would call a state which (while it lasts) where the mind rivets its attention on a religious subject. While this is happening the senses are suspended.